It’s Not About Me (Black Lives Matter) 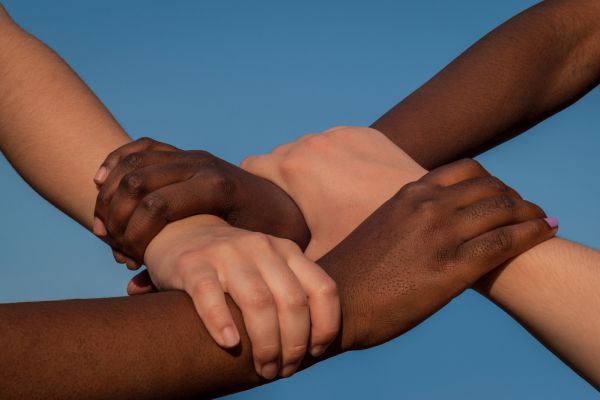 I listened to someone I know on Facebook Live the other day. One thing she said struck me in particular: The seeds of prejudice are planted without words, but by the actions we take.

The woman who called 911 on a Black man in Central Park was very careful with her words. She called the gentleman an “African-American”.  This is usually thought of as the official or polite way of referring to Black Americans. But as we see, her actions told a very different story.

It’s important that those who wish to help understand that they do the most good in their own lives. National groups are not interested in approving your strategy, or sending trainers, or reviewing your flyers. The thing to do is organize on your own.

As a Jewish woman, I know my experience with prejudice is completely different than what Black Americans experience. I was never dragged out of a car because of the color of my skin.  In fact, I have only been heckled for being Jewish once or twice in grade school. Luckily, I had never heard the term before.  However, I was still upset.  I remember going home and asking my parents what it meant. I know for a fact that the Black American experience is often much harsher than that.  Therefore, I appreciate it for the unique thing it is. That means I won’t be writing the lyrics or the melody.  I’m ok with that.

Finally, I want to be completely honest here. I never really understood what the phrase Black Lives Matter means until recently. I thought “all lives matter”.  They do!  Here’s what I mean.  I saw a  meme that explained it to me perfectly.

Only now do I understand that Black Lives are not an either/or proposition.

Now we have to stand up together and affirm that Black Lives Matter. Let’s support the group that needs our support now.

How To Be an Anti-Racist by Ibram X. Kendi

Black Girls Code’s vision is “[t]o increase the number of women of color in the digital space by empowering girls of color ages 7 to 17 to become innovators in STEM fields, leaders in their communities, and builders of their own futures…”

Colin Kaepernick’s Know Your Rights Camp seeks “to advance the liberation and well-being of Black and Brown communities through education, self-empowerment, mass-mobilization and the creation of new systems that elevate the next generation of change leaders.”